Technology, resilience and adaptability: how we successfully completed the SAP Consolidation project in General Cable Chile.

“Living and doing my job in professional and cultural contexts that are always different, and not always simple, is one of the aspects I love most about my profession”. These are the words of Francesco Reale, SAP Sales Area Leader, who joined mashfrog Group while still very young age and today, aged 30, is PM for complex international projects.

Francesco has recently returned from Santiago, Chile, where as a local PM he followed and managed a project of SAP Consolidation lasting almost a year overall in General Cable Chile, a company acquired by the Prysmian Group.
As in the case of the SAP implementation project in Oman Cable Industry, the goal of the project followed by Francesco was also implementation in the Chilean company of the SAP (Kernel) model consolidated and used in the Prysmian ecosystem.

The project started in March 2019 and involved a team of about 16 consultants who followed all phases of the project, on-site and remotely: Gap Analysis, Design, Implementation, Test & Training until Go Live (January 2020) and the subsequent two months of Go Live support. Francesco spent on-site almost 8 months.

Francesco and the team of SAP consultants successfully addressed and managed some aspects of particular critical issues that characterised the project in Chile. As we know, the South American country has been affected by a major political and social crisis which saw particularly acute phases in the second half of 2019. Curfews, difficulties in moving, suspension of commercial activities and high social tension characterised the context in which our consultants found themselves living and working for a long period. In these exceptional circumstances, the technology available, the excellent coordination and level of communication within the team, the ability to adapt and an agile work organisation were decisive for the success of the project.

One of the most challenging aspects was certainly "coming up against the local culture and a different approach to work", Francesco tells us. "Chile is a country with significant government control and this also impacts on technical implementation, such as electronic invoicing which requires special features and approval by the SII (the country's Internal Revenue Service)".
But another major challenge involved change management. “The client proved flexible but did not give the right weight to what we were doing. We had to make the change from one system to the other the least "drastic" possible and we made efforts to better understand the importance of the operation we were managing and the great opportunities for growth and development that this would bring".

A path of personal and professional growth

Francesco joined the company when he was just over 20 years old, trained "in the field" acquiring all the technical skills and soft skills necessary for a consultant, and grew rapidly. He has now been with the group's SAP Consultants Sales area for four years and has started travelling to follow the programmes that mashfrog manages globally, from Latin America to Asia, from Saudi Arabia to Europe. And "even if the possibility of stopping exists", he hopes to still have many opportunities to follow international projects because "entering into deep contact with local communities and cultures is too precious a source of wealth and growth". 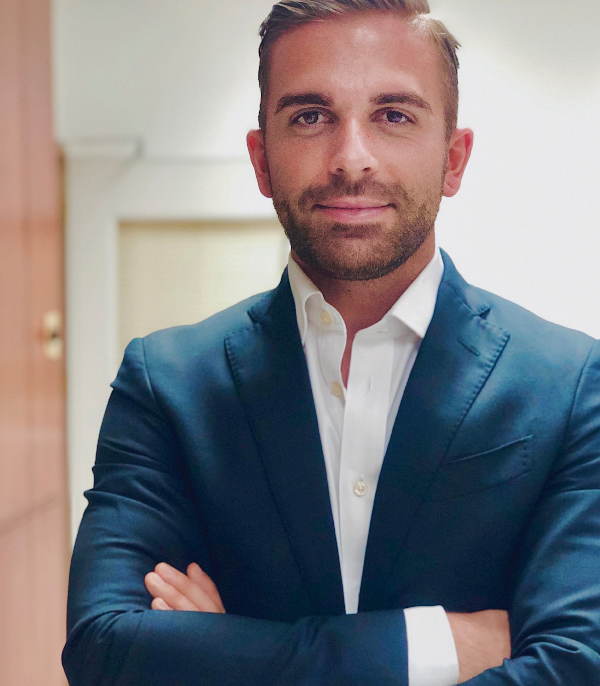 The expertise shown by Francesco and his team, and that the mashfrog Group has matured over years of international projects, is proving valuable even in a situation of a global emergency like the one we are all experiencing today, because it allows us to guarantee continuity to the activities of the whole Group and to the work we carry out every day to support large-scale digital transformation.