Giuseppe Brigandì, SAP Consultant with a passion for tango

AP Consultant by profession, tanguero (tango dancer) by passion, Giuseppe Brigandì tells us what made him fall in love with Argentine tango.

"Tango is the magic of a sensual embrace between two bodies that merge into a single soul."

These are the words of Giuseppe Brigandì, born in 1984, with a Degree in Economics and from 2016, SAP Consultant of the mashfrog Group at the Milan office.
Giuseppe is now a team leader; he deals with SAP implementation projects in the Finance area and his job involves the opportunity to travel the world. He has lived and worked in Milan since 2011, but the projects that follow have already brought him to Mexico, Argentina, Chile, Asia and recently Spain and Portugal.

The passion for tango

By day, he's an expert consultant of one of the best known and most popular ERP solutions for companies. Outside working hours, for about 5 years, Giuseppe has been dancing tango in milongas in Milan and in all the cities of the world that he visits for pleasure or for work.
His passion was born when he heard the music and the moving melodies of the Argentine folk dance that seduced the whole planet in the 20th century. About two years passed between listening to the music and taking his first steps in this dance. In 2014, Giuseppe took his first lesson at tango school. Since then, he has never stopped dancing. 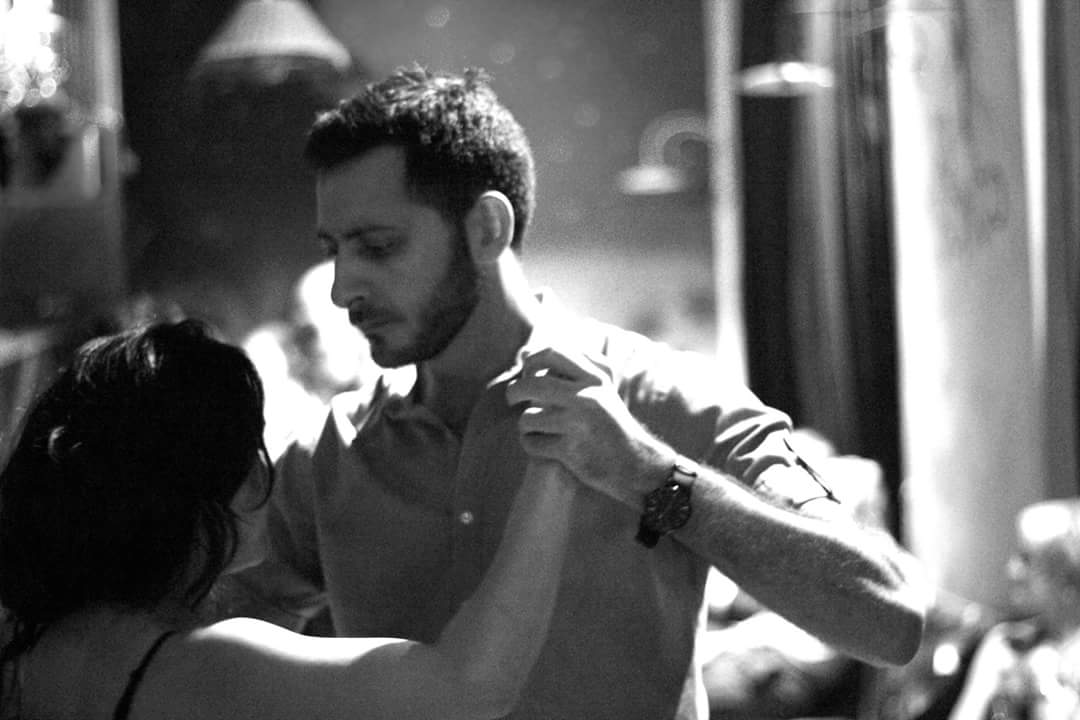 The first trip to Argentina

After the first year of passionate study, the great opportunity arose, to leave for the city of the tango antonomasia, Buenos Aires, and to stay there for a few months. He almost couldn't take the trip due to an injury – "I danced too much", he tells us – but in the end Giuseppe managed to leave. In the five months he spent in Buenos Aires he attended the main milongas of the city and studied dance, but also music. He knows the main orchestras, listens to classical tango, especially that of the so-called "Golden Years" (1930s and 1940s), and began to think of himself not only as a dancer, but also as a tango dj. 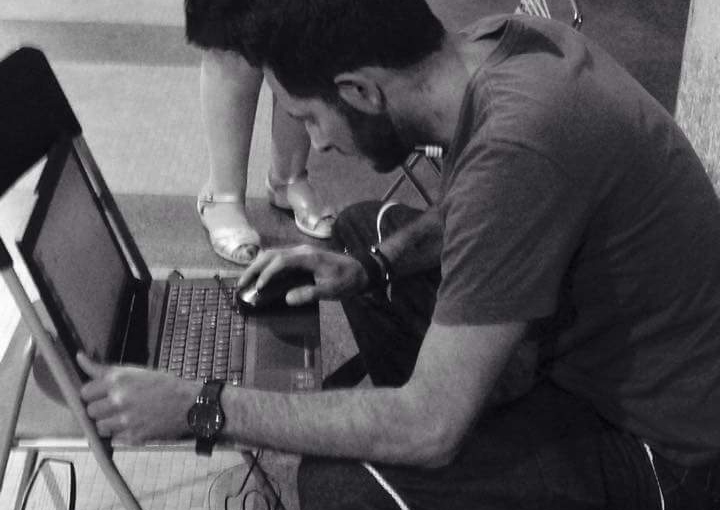 How to dance the tango

Tango is harmony, elegance, inspiration, but also, of course, technique and a lot of practice. "In short, there are no born tango dancers".
The man plays the role of the leader: the tanguero leads the woman into the music and across space, taking care not to cross other couples' trajectories. The woman has the role of follower. A role that is anything but passive and very demanding, it is up to her to interpret and respond to the complex non-verbal communication that passes through the tango embrace, while enchanting the audience with the beauty and grace of movement. 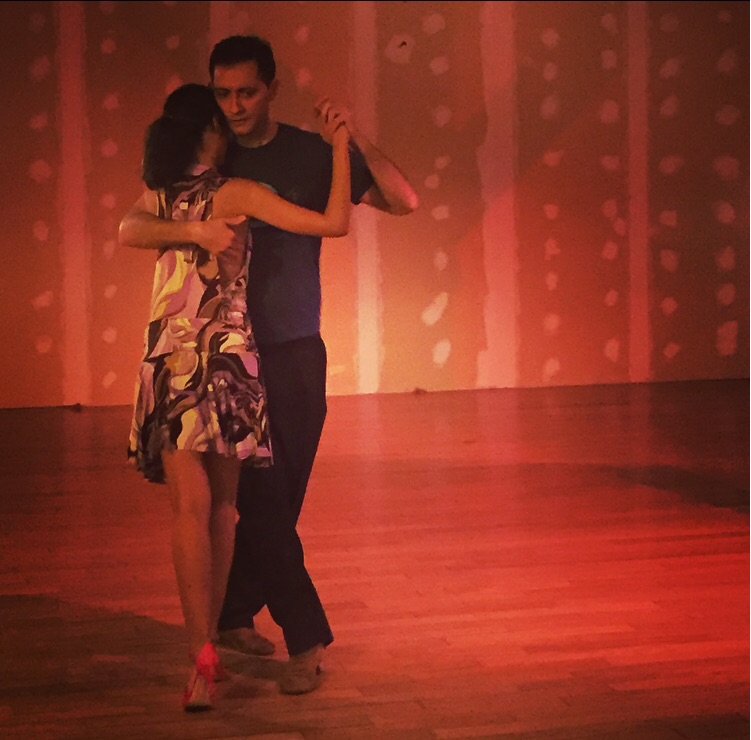 Where the tango is danced

We asked Giuseppe how widespread the tango culture is in Italy.
"The culture of tango came to Italy rather late, but in the last twenty years it has spread throughout the country. Today in Italy, the tango is studied and danced everywhere, in the big cities, as well as in the provinces". The milongas (the name of the dance halls dedicated exclusively to this dance) are numerous and very popular, even more so than in Argentina, where the tango, heard from the metropolis, is listened to a lot, but danced less.

Giuseppe's profession, that of a consultant who is in charge of analysing and optimising the flows and processes of large companies by implementing the SAP management system, seems distant from the notes of the bandoneón and the atmosphere of a milonga. And yet, Giuseppe tells us:
"There is a very strong point of contact between my work and the dance: the journey. I travel a lot for work and dance helps me to come into direct contact with the locals”.
The shared passion for tango is creating a worldwide network of people who meet just looking for a place to dance.

"Tango is a sad thought that dances"

This is how the Argentine poet Enrico Santos Discépolo described it. Tango is a culture of burning passions, poignant and painful. In the songs, temas in Spanish, you sing about broken loves, betrayals, separations, nostalgia for the past and hope for the future, but also about love for the city of Buenos Aires, for its neighbourhoods and for the streets worn down by the twirling of dancers. The stanzas of the songs are real poems, these are some of the ones that Giuseppe loves the most:

Experience, competence and professionalism at the service of Infor technology: Marco's story

Being a working mother: Giulia's account of returning from maternity leave